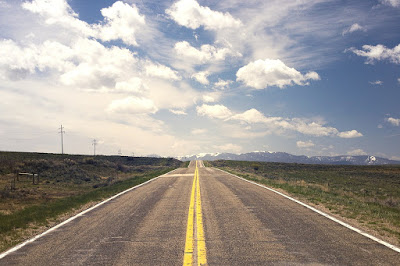 Two weeks ago, Champ and I drove down with Lovie to take her to her temporary home where she will be attending Grooming School.  It was a trip full of mixed emotions.  It was mixed with joy and sadness.

I decided to drive my car separately and have Doll and Champ ride together.  They had been having some relationship problems lately, so I thought a few hours in the car alone, might be just what they needed.

We got to our hotel and the lovely older woman greeted us.

I told her the name it was booked under.

She furrowed her brow and said, "I'm sorry ma'am, but it looks like there has been a mistake.  They booked you as a king bed, and I'm sorry but I cannot change it because we are booked solid."

At this point, I had to stifle a giggle.  I knew it might be odd checking in three adults, but I never really gave it much thought that it would be considered a mistake when we were booked.

I thanked the woman for her concern but told her that it was no mistake and that we had booked a king bed.

She gave us the most confused look and all she said was, "Oh."

She regained her composure and told us the things that I'm sure she's said thousands of times.  You know the usual: breakfast is at blah blah o'clock, your room is on the left, parking is first come first serve.

We found our room, got our luggage and had a good laugh about how confused the woman was.

We had a great time.  We spend time snuggling in bed together, which honestly was one of the highlights of the trip.  There was no one to care for, no where we had to be by a certain time, and no work to concentrate on.  We went out to dinner, and walked around downtown.  It was so much fun.  It was also nice to hold hands with Lovie in public.  We don't do that often when we are in our hometown because #1 we usually have Peanut with us and we still have him pretty much in the dark about our relationship because we don't think he is mature enough to handle all of the information about it and #2 We live in a small town that word gets around in so damn quickly.

The day we dropped Lovie off was a sad one.  We hung around as long as we could and tried to make the best of it, but honestly you could just feel the sadness in the air no matter how much we tried to avoid it.  Champ and Lovie were a Vee for almost a year before we began our triad a little over 17 months ago, so we have all known and grown to love each other so much, and it was sad to know that a part of us would be gone for even just a month.

We finally had to say our goodbyes because we had to get home to pick up Peanut and take care of the animals.  We all tried to hide the tears that threatened to spill.  I didn't want to cry in front of Lovie because she was going to be staying there alone, I at least would have Champ home with me to comfort me if needed.

Am I glad we still went and had a mini-vacation even though we had a hard goodbye?  Yep I am.  It was awesome and so much fun. 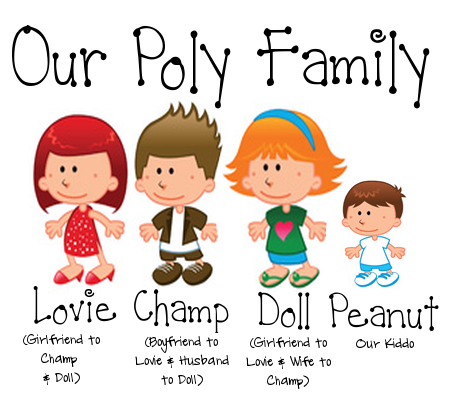